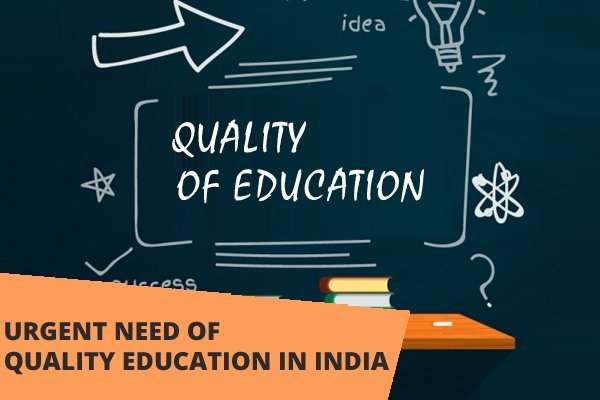 It needs greater transparency and accountability, the role of colleges and universities in the new advanced era, and emerging scientific research on how people learn is of utmost importance. India needs well-skilled and highly educated people who can drive our economy forward. India provides highly skilled people to other countries, therefore it is very easy for India to transfer our country from a developing nation to a developed nation. Only we need to focus on challenges and point out the opportunities in the higher education system in India.

Education is a Nation’s Strength. A developed nation is inevitably an educated nation.

Very first we have a look at the Growth of the Higher Education Sector in India. As higher education systems grow and diversify, society is increasingly concerned about the quality education in different areas, public assessments, and international rankings of higher education institutions. India has been always been a land of scholars and learners. In ancient times also, India was regarded all over the world for its universities like Taxila, Nalanda, Vikramshila, and its scholars. By independence, India had 20 universities, 500 colleges enrolling about 2,30,000 students as per an approximation. After independence, this number has increased to 659 Universities and 33023 colleges up to December 2011-12. Central Government and State Governments are trying to nurture talent by focusing on the number of Universities and Colleges for expansion of higher educations.

There is no doubt to the fact that much of the progress achieved by India in education has come from the private sector. In fact, the public sector and private sector are not in opposition to each other but they are working simultaneously in the Indian education sphere. UGC is the main governing body that enforces the standards, advises the government, and helps coordinate between centers and states. In a study, we found that the number of universities has grown more than six times in the last four decades and the number of colleges has been increased from 3603 in 1970-71 to 33000 colleges in 2011-12.

Now let’s see what opportunities we have in Higher Education? India is a large country, with an estimated population of young people aged between 18 to 23 years to be around more than 150 million. The sheer size of the market offers huge opportunities for the development of the higher education sector in India. India now boasts of having more than 33,000 colleges and 659 universities, which has been quite a remarkable growth during the last six decades. The year 2012 witnessed 21.4 million enrollments, which makes India the 3rd largest educational system in the world. Unfortunately, the educational infrastructure of India is inadequate to handle such huge volumes. In spite of all the government spending in the educational sector, it is just too insufficient to meet the growing requirements. Therefore, the higher education sector has now been identified as one of the promising areas for private and foreign investments. In this series to provide higher education Roorkee College of Engineering established in 2010 as a private contributor to provide quality Higher Education to its students and in nation-building.

Indian higher education system is growing very fast irrespective of various challenges but there is no reason that these challenges cannot be overcome. With the help of new-age learning tools, it is easy for a country like India to overcome these problems and bring a paradigm shift in the country’s higher education sector. With such a vibrant country with a huge population properly educated, the possibilities are endless. If knowledge is imparted using advanced digital teaching and learning tools, and society is made aware of where we are currently lagging behind, our country can easily emerge as one of the most developed nations in the world. There are opportunities for strategic engagement and capacity building in higher education leadership and management at the state level. There are opportunities for India to collaborate at the national and international level on areas of systemic reform, including quality assurance, international credit recognition, and unified national qualifications framework. Equality of educational opportunity in higher education is considered essential because higher education is a powerful tool for reducing or eliminating income and wealth disparities. The idea of equalizing educational opportunities also lies in the fact that “the ability to profit by higher education is spread among all classes of people. There are great reserves of untapped ability in society; if offered the chance they can rise to the top.

The need to enhance the employability of graduates is presenting entry points for collaboration in enterprise education and entrepreneurship, links with industry, research skills, and a wide range of transferable skills, including English. The emerging interest in Indian higher education institutions in the vocational skills market provides areas for potential engagement with international partners. There is a need to build stronger relationships and increase mutual understanding in higher education by increasing support and participation in platforms (conferences, workshops, seminars) which enable debate and dialogue with other countries of the world. Roorkee College of Engineering in the Uttarakhand state of India committed and assuring enhance employability for its graduate students by establishing a strong collaboration with Industry enterprises and entrepreneurs.

Roorkee College of engineering knew it very well that Education is a process by which a person’s body, mind, and character are formed and strengthened. It is bringing of head, heart, and mind together and thus enabling a person to develop an all-around personality identifying the best in him or her. Higher education in India has expanded very rapidly in the last six decades after independence yet it is not equally accessible to all. Knew this fact, Roorkee College of Engineering making its efforts to reach the end learner around its campus premise to provide quality education accessible to all equally.

India is today one of the fastest developing countries in the world. Still, a large section of the population remains illiterate and a large number of children do not get even primary education. This is not only excluded a large section of the population from contributing to the development of the country fully but it has also prevented them from utilizing the benefits of whatever development have taken place for the benefit of the people. No doubt India is facing various challenges in higher education but to tackle these challenges and to boost higher education is of utmost importance. India is a country of huge human resource potential, to utilize this potential properly is the issue that needed to discuss. Opportunities are available but how to get benefits from these opportunities and how to make them accessible to others is a matter of concern. In order to sustain the growth, there is a need to increase the number of institutes and also the quality of higher education in India.

Roorkee College of Engineering in Uttarakhand (India) provides all kinds of resources to its students to study, research, and innovate new things for the betterment of Indian society, and through this, a student can contribute to the Indian economy as well. Roorkee College of Engineering also focusing on Access and Equity, Quality Standards, Relevance, infrastructure, and Responsiveness.

Gymnasium: RCE have well- equipped modern gymnasium. Services of a trainer are also available. Medical: A small dispensary housed in...

Infrastructure is most contemporary and dynamic in nature since it acts as a base for the effective implementation of the...

The Central Library is stacked with thousands of books authored by prominent authors on various subjects. To encourage research activities... 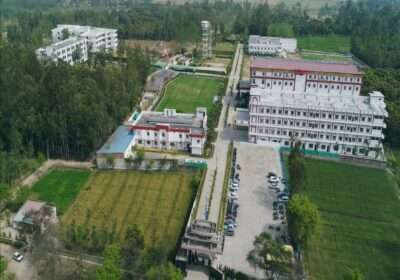 Why RCE different from others “LOCATED ANYWHERE ELSE, RCE WOULD BE A DIFFERENT COLLEGE; IT CATERS TO THE OVERALL DEVELOPMENT... 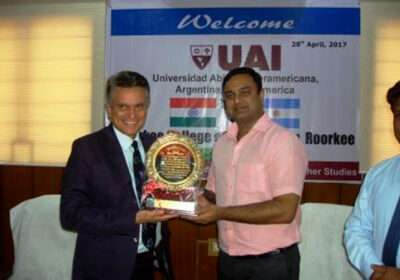 INTERNATIONAL ACADEMIC COLLABORATION Roorkee College of engineering has collaborated for academic exchange of faculty and student for joint study and...